The Minamigura Aoki Yaemon Company, founded in 1871, is located in Taketoyo, Aichi Prefecture, a small town famed for its tamari. They are the only local company that is still producing traditional go-bu tamari, a thick, double-concentrate soy sauce made with ten parts soybeans to five parts water. 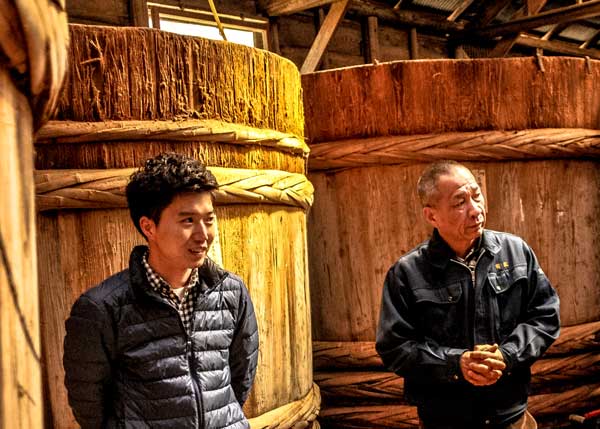 Ownership of this small family firm has been passed down through the generations to the current president, Yoshio Aoki (5th generation), also known by his inherited title of “Yaemon”. The Aoki family’s relationship with Mitoku began with Yoshio’s father, Kōichirō Aoki, who initiated the production of organic tamari. Mitoku now exports this delicious and rare tamari to selected countries around the world, where it has received enthusiastic praise from, among others, Michelin three-starred chefs.

With Yaemon’s son, Yoshiyuki, now working together with his father, the 5th generation of the Aoki family is passing the techniques, knowledge, and dedication of their ancestors to the 6th. As Yaemon says, “My role is to protect a traditional flavor that has been handed down for the past 150 years. That is to say, I am faithfully replicating everything that has been done up until now.”

Yoshiyuki Aoki has also grown up with this attitude, and, from a young age, never once doubted that he would take on the family business: “It’s the details that make up the big picture,” he says. “That’s what my father always says. When we produce something, we put all of our energy into making each detail as good as it can be. We repeat the same procedures every day, without slacking on any of the details. In this way, we work slowly and steadily, carrying out each step to the best of our abilities. I think that is the most important thing.” When Yoshiyuki eventually takes over the company, he will inherit his father’s title and become the new Yaemon. Clearly, he has already inherited the Yaemon spirit.

One of the most important steps in creating the traditional Yaemon flavor is the preparation of koji (Aspergillus oryzae), a fungus that plays a key role in kick-starting the fermentation process. According to Yaemon, the quality of the koji is one of the key factors in determining the taste of the final product. While many large industrial producers incubate koji at an artificially constant temperature to speed up production, Minamigura grow their koji in tune with the natural changing of the seasons, giving greater character and depth to the finished product. This, along with the continued use and maintenance of the ancient wooden fermentation vats and their precious cultures of microorganisms, provides the essence of the Yaemon Tamari flavor. 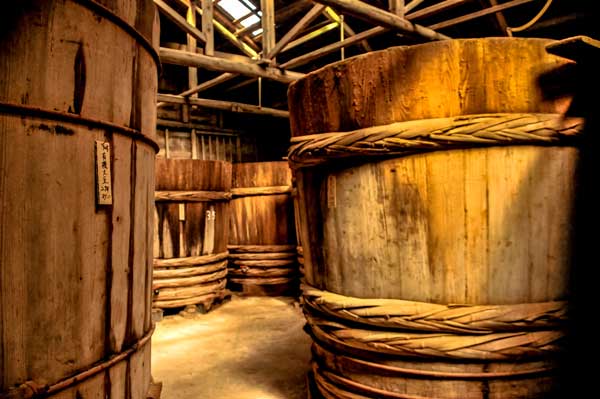 “All we do is lay the groundwork,” says Yaemon. “After that, the work is done by the environment, so our role is to give nature a helping hand, by monitoring the maturation process for instance. This is actually quite complex. We produce koji all year round, so we have to work hard to consistently get the same results. When it’s cold, we have to monitor the temperatures at which the koji is incubated very carefully. When it’s hot, we have to take steps to prevent the incubation room from overheating. We monitor the koji constantly for 72 hours without taking our eyes off of it. This critical period will ultimately determine the taste and the quality of the finished product.”

He continues, “We are using very traditional methods to make our tamari, and the knowledge that we are producing something really special is what keeps us motivated. You will never achieve excellence if you start thinking that what you’re doing is just ‘good enough’. We never stop striving—for the best ingredients, of course, and for a product that contains nothing artificial—but we also strive to maintain our drive and our dedication to self-improvement. We are constantly aiming to produce something better.” 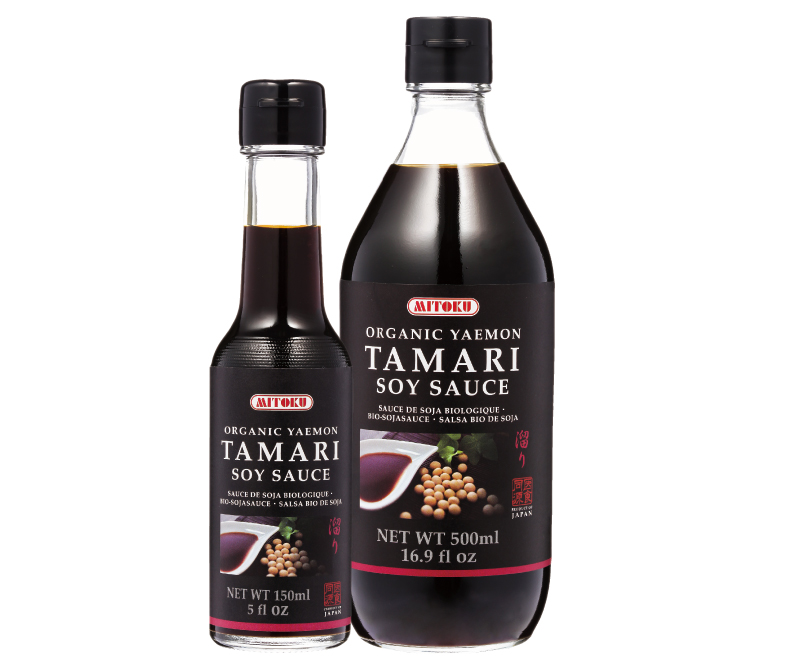 “We’re certainly not the cheapest product on the market,” acknowledges Yaemon. “I am full of appreciation for our customers. That’s what makes us carry on. We dare not betray their expectations, and I would be deeply ashamed if they told us that the taste of our tamari had changed. Maintaining the Yaemon flavor is my responsibility. I feel it is my mission as 5th generation brewmaster to protect Yaemon Tamari.”

Tools of Tradition: The Storehouse and Cedar Vats

The Minamigura storehouse (kura) was built when the company was founded in 1871. Ever since then, its wooden structure and earthen walls have provided an ideal environment for brewing tamari. During Japan’s punishing summer months, the kura keeps the temperature cooler inside than outside so that conditions remain optimal in spite of the heat.

In addition, both the storehouse and the cedar vats contain rich ecosystems of bacteria, which have developed over generations and are ideally suited to miso and tamari production. These bacteria play a vital role in the koji-making stage and also support fermentation and maturation, adding richness and depth to the tamari.

The Minamigura storehouse contains more than 90 cedar vats, many of which have been in use for over 100 years. Around the beginning of the 20th century, there were around 50 local tamari producers still in operation. As a result, the construction and sale of wooden vats was a flourishing local industry. However, the last local vat maker closed three years ago: “So we ordered twenty cedar vats,” says Yaemon, “all to be built within the final three years of business—we probably pushed them to their limits. The vats they made for us were recycled from the vats of producers who had closed, so they have been in constant use for nearly 150 years. We are determined to preserve these kinds of traditional methods and will continue to take care of our precious cedar vats for as long as we can.”

As long as you have quality ingredients, creating delicious dishes doesn’t have to be hard. The following recipe is super simple, yet a favorite of the Yaemon family. The key to the dish is, of course, the addition of tamari before cooking. This lifts the ingredients and enriches the dish with a deeply satisfying savory bass note. 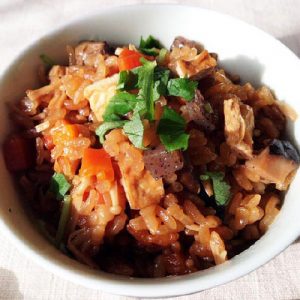