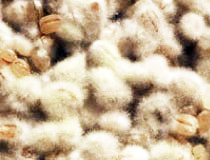 Ask any miso maker and the answer will be the same: great miso cannot be made without great Koji. That’s how essential Koji is to the production of miso. But just what is Koji?

Koji, the fermentation starter without which miso cannot be made, is made with a culture (sometimes also referred to as a fungus), Aspergillus oryzae. This is called koji-kin or koji-kabi in Japanese. This culture is added to steamed grains – generally rice or soybeans – where it grows rapidly. The type of grain into which the koji-kin is inoculated gives the resulting Koji its name: Koji made with rice inoculated with Aspergillus oryzae is known as rice Koji, for example, while Koji made from inoculated barley is known as barley Koji. Whatever the grain, Koji is always very rich in enzymes, generated by the bacteria in Aspergillus oryzae, and these enzymes start to break down the starch and carbohydrates which make up the grain.

Koji is added to the remaining ingredients for the miso (or whatever is being made), where the enzymes work as a fermentation starter, launching the critical fermentation process. Koji is one of the key ingredients for many quintessential Japanese seasonings and ingredients, including miso, shoyu, tamari, and mirin, as well as for sake, too. Aspergillus oryzae is nature’s chef, imparting miso, shoyu, and many other fermented foods with their distinct taste, complexity, and aroma, as well as heightening their health benefits.

Fermented foods made which harness the effects of similar cultures can be found across Asia, but only traditional Japanese fermented foods use Aspergillus oryzae. This is because this powerful yet delicate culture can only thrive in optimal conditions – of temperature and humidity – which are found in Japan’s hot, humid climate. Indeed, Aspergillus oryzae is so vital to the production of traditional fermented foods – and therefore to everyday life in Japan – that it has been described as Japan’s “national culture”.